Your Holiday at a Glance

This self guided walking holiday in southern England is a journey through Wiltshire’s prehistoric landscape. On route from Coate Water on the outskirts of Swindon to the medieval city of Salisbury you will visit the greatest of England’s prehistoric sites, Avebury and Stonehenge, as well as the hill forts of Barbury Castle and Old Sarum. Asides from Neolithic stone circles and Iron Age hill forts, you will pass ancient churches in picturesque villages, walk alongside rivers and waterways and have far reaching views from the rolling chalk downland.

Avebury henge and stone circles are some of the great marvels of prehistoric Britain. Built and altered during the Neolithic period, 2850 BC to 2200 BC, the henge is a huge circular bank and ditch, encircling an area that includes part of Avebury village itself. The Avebury monument is a part of a larger prehistoric landscape which you can see on your holiday including West Kennet Long Barrow, West Kennet Avenue, Silbury Hill and The Sanctuary.

During the week you can also see 2 of the nine white horse hill figures located in Wiltshire. The first is Hackpen Hill White Horse, supposedly cut into the chalk downland by a local parish clerk in 1838 to commemorate the coronation of Queen Victoria and then Alton Barnes White Horse, dating from 1812 it is 51m high and 49m wide, the second largest of Wiltshire's famous chalk figures.

The prehistoric stones at Stonehenge are at the centre of the most dense complex of Neolithic and Bronze age monuments in England, including several hundred burial mounds. Your route takes you onto the plains surrounding Stonehenge. You’ll pass a number of historic sites on route. Your final approach follows the Avenue (no longer on the ground) which was the track used between the River Avon and Stonehenge, two ceremonial sites. After visiting the stones,

Your walk ends in the historic city of Salisbury with its cathedral, a masterpiece of early English architecture, boasting the highest spire in the UK.

For useful advice about independent walking and preparing for your self guided holiday please take a look at the articles in our top-tips section.

Once you have booked on this independent walking holiday in southern England, further information about the walking, the region and what to bring, will be sent to you. We do have a web page dedicated to what clothes and equipment you should bring. In addition, our travel shop has direct access to all the top walking and travel retailers. Please contact us if you need any further information.


6 nights B&B in a variety of small quality guest houses with ensuite accommodation. Mixture of inns or pubs, bed & breakfasts and small hotels. They are located in delightful historic properties, mainly in villages, but some in beautiful locations in the countryside. Lunches are picnic meals, often provided by your guest house. Evening meals are taken in your guest house or in local pubs and restaurants. There will be plenty of local specialities to try and of course the local real ales. A couple examples of the types of guest house we use are shown below.


To Get to Swindon

Swindon is served by trains from Paddington to Bristol Temple Meads, Cardiff Central, Cheltenham Spa via Gloucester, Swansea and the rest of South Wales.

The nearest airport is Bristol, however Swindon is better served by train or coach from London

Swindon can be reached by National Express coaches from London Victoria in 2 hrs.

Customer to get bus or taxi to start of walk from train or coach station.

Salisbury served by main line station. Routes from London are via Waterloo station & take about 1hr 30min. National Express operate services to Salisbury from throughout the UK including London.

Note: Please check concerning the availability of a holiday before booking any flights or trains. If you need further information or would like to discuss any aspect of your travel arrangements, please contact us, we’re here to help you. 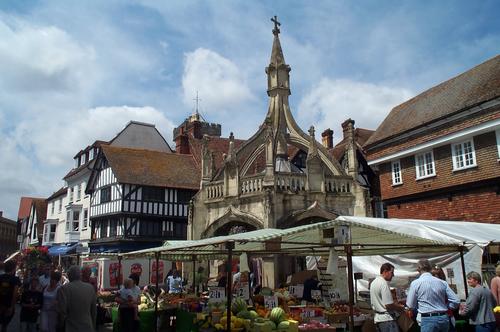